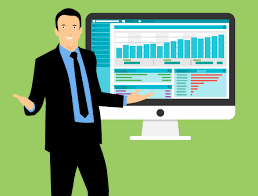 Most financial advisors will tell you to put your savings in a bank account, mutual funds and bonds because it works for many, but what they do not tell you is about people who have made a fortune by making weird investments, usually on wacky items.

In 1999, a resident of Lewisburg Pa. purchased a pickle jar for 3 dollars and later sold it for over $40,000 after discovering that there only five on its kind on the planet. In the late 1990s, you could earn a fortune by selling Beanie Babies which initially went for a few dollars. Today, the Legendary Honus Wagner antique baseball card goes for anywhere between $150K to over $1M.

From collecting coins to hoarding antiques and leasing cattle, unusual investments aren’t that risk-averse, but they are certainly a fresh option. In this read, we are going to list a number of weird investments that you may not have heard of or considered before.

In order to subsidize the cost of cattle, some dairy farms have programs whereby you can rent a cow and earn income from the milk it produces. Although this seems to be a stable investment, you need to account for insurance costs, depreciation and lost savings interest. It’s among the strangest investments in history.

Unlike the Beanie Baby toys, some vintage toys like Barbie dolls, Star Wars action figures and Pez dispensers have really grown in value. One of the former presidents of KB Toys owned around 7,000 antique toy cars and 1,400 of them were auctioned for over $4 Million. The Darth Vader Action figure from 1978 now goes for a whopping $6000 and if you still own the 1959 Barbie doll in excellent condition, you can now sell it for about $8,000.

Most people aren’t aware of this, but there’s something known as win funds. You can start by purchasing numerous wine cases with an initial investment of about $20,000. The best part about investing in wine is that it offers appealing returns and the investment tends to be stable even during an economic crisis.

Who said generosity can’t pay off? With online loan platforms such as lendigclub.com or prosper.com, you can bid on loans for as little as 25 bucks and hand out your money to people who are in a fix. These platforms allow you to assess credits scores and user profiles of people looking for alone, enabling you to pick the right candidates. This can be a great endeavour, provided that you have significant money to risk.

Even though the dot.com era is far gone, there are numerous domain names that you can acquire for a few bucks. You can either decide to wait for an individual or a company that wants your registered name, or purchase and trade domains through websites like sedo.com. Alternatively, you can use the domains to generate revenue through Adwords and other forms of advertising.

This is perhaps an investment opportunity that you might be aware of, given how much it’s hinted on television and other content sources. The popular Anthology comic book used to go for 10 cents per issue, but it now demands hundreds of thousands of dollars. Action Comics No. 1 which led to the popularity of Superman attracts a sum of $350,000. The 1960 Amazing Fantasy issue number 15 where Spiderman was unveiled is now worth $280,000. According to comic book fans, the most valuable issues are those that were published between the 1930s and 1960s.

As you can see, there are numerous unusual ways to invest and even make a decent amount from them. These investment opportunities might seem odd to the average person, but there's no denying that they sound awesome. 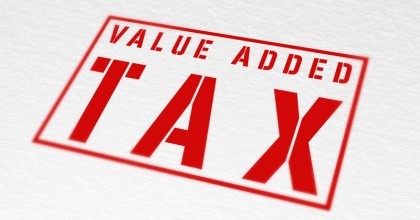 Good housekeeping from a 'financial' perspective is crucial if you want to keep updated on all bookkeeping and VAT records.   #1:  Keeping…

What should you think about before having an app designed for your business?

Having a new app designed for your business is an exciting part of any marketing plan but, even when you have a professional app designer on hand,…